You've been denied workers compensation: is this the end?

Workers compensation requirements and the laws that govern this type of insurance were created to ensure a fair exchange between an injured employee and their employer. The employee has the right to claim against the workers compensation policy when injured in exchange for giving up their right to sue the employer for the injuries. It is an exchange that is beneficial to all parties. 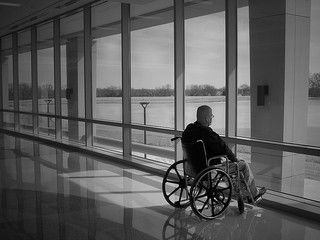 However, there has been a recent increase in the number of workers compensation denials being made by insurers, even when it is a valid claim. These denials most often are a result of insurance adjusters more worried about company profits than fulfilling their obligations to the injured party. This type of denial is known as a "bad faith."

What Is A Bad Faith Act?

Bad faith is described as committing an action that is contrary to contractual obligations. In simpler terms, bad faith can be described as doing something that is against what a contract states the party will do. Since a workers compensation insurance policy is effectively a contract between the employer, employees and the insurance company, failing to provide benefits stated in that contract is an act of bad faith. Some other acts that an insurer may do that are considered bad faith include:

- Denying medical care without cause

- Stopping benefits, both financial and medical, without cause

These are not the only forms of bad faith, but they are the most commonly occurred offenses.

Top Offenders In The Insurance Industry

How A Workers Compensation Attorney Can Help

If you have had your workers compensation claim or any part of that claim denied, you should seek legal representation. A workers compensation denial attorney can work for you to reinstate your claim and to help you receive everything you are entitled to under the law.

An attorney can review the decisions of the insurer to see if these decisions were made in bad faith. If this is the case, the attorney will demand on your behalf that the insurer honors its own contract and provide the benefits for which you are entitled. An attorney knows and understands contractual law and can help make the insurance provider do its part to uphold the benefits they are required to provide.

If you have been denied a workers compensation claim, do not give up. Contact an attorney and have them review the case. In most cases, the attorney will be able to quickly reestablish your claim and work towards securing you all the benefits you are entitled to under the law.