The health dangers that arise from sleep disorders

In recent years there have been many research studies that emphatically link poor sleep, caused by either heavy snoring (which can be attributed to weight gain) or sleep apnoea, to a very long list of serious dangers to personal health, along with numerous other significant problems that can be caused for someone both at work or at home.

Every leading medical body and research institute worldwide accepts and states that sleep disorders of this kind are highly dangerous and that most people ignore snoring – even laugh about it. Snoring remains dangerously undiagnosed and untreated and if you snore, you should take steps to resolve it by consulting either your Doctor or Dentist. There is a wide choice of simple, readily available solutions that are fast, inexpensive, and very easy to put in place.

Strokes and heart attacks are another huge danger for the sufferer from these sleep disorders and can even lead to sudden death from cardiovascular failure. As blood oxygen levels are lowered significantly during sleep apnoea periods, it can also lead to further heart problems including abnormal heart rhythms like atrial fibrillation.

Bowel Cancer is twice as likely to develop for heavy snorers who take more than nine hours of sleep a night, according to new research that showed a significant link between long periods of sleep and the development of colorectal cancer. This is especially common among people who are both overweight or who snore. Those with sleep apnoea snore heavily and tend to sleep for longer, because their sleep is disrupted making them more tired.

Diabetes is perhaps the illness that has been most closely associated with snoring. It has been established for a number of years that very heavy snorers or those with sleep apnoea are nine times more likely to have diabetes than those who do not have the disorder. Treating the snoring, and the problem of lack of good sleep on a regular basis, can often reduce blood glucose levels, with obviously clear benefits for those with diabetes.

Alzheimer's disease becomes more common as people age. A recent small study raises the possibility that sleep disorders may somehow cause — or be caused by — Alzheimer's disease. The research is still preliminary, and it's very possible that there may be no connection between the two conditions. However, scientists found that older people with signs of disrupted breathing during sleep were much more likely to have the key indicators of Alzheimer's disease, definitively underlining a link between sleep, aging and memory.

Chronic daily headaches tend to occur with those people who are also likely to be chronic snorers. Chronic daily headache is defined as having at least 15 headaches a month (but not necessarily every day), and is a distressing and disabling condition, which can be hard to treat. Researchers at the National Institute on Ageing believe they have new insight into this condition. It’s not clear whether headaches cause snoring, or whether snoring leads to headache. If the latter turns out to be the case, then curing the snoring – which is perfectly feasible – might also cure the headache. 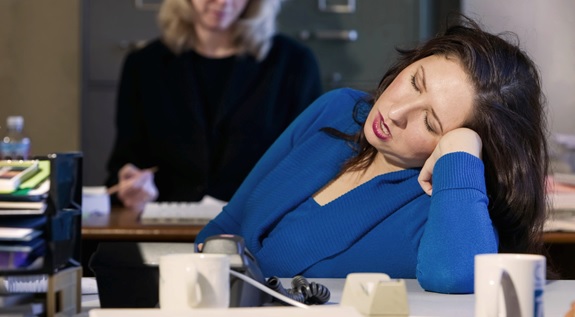 Excessive daytime sleepiness can lead to falling asleep while driving or operating machinery. Falling asleep is common when a person doesn’t get the correct amount of sleep at night because their body will insist upon receiving sleep at some point. People that are suffering from obstructive sleep apnoea, that is left severe and untreated, are 15 times more likely to get into a car crash and according to the recent analysis done by the DVLA, 20% of all motorway accidents are caused by drowsiness.

Tiredness and irritability is common in those people who snore heavily and suffer from disturbed sleep patterns. As a result they may feel tiredness throughout their whole day and that can lead to emotional issues like irritability. It can lead to focus problems too. Some people might even fall asleep while working - or even driving. Children who suffer may also have poor performance in school. Their typical development may be strained and it can also lead to major behavioural problems.

Asthma, especially childhood asthma, appears to lead on to sleep apnoea later in life. Sleep apnoea is more common among asthmatics but whether asthma promotes its development still remains unknown, although some studies have suggested that people with asthma are at an increased risk for sleep apnoea, and that heavy snoring worsens asthma.

John Redfern worked for 15 years at leading London Advertising agencies writing on many international products and markets during that time, before moving into a consultancy role, where he has gained long experience of writing on important matters of personal health. John has had in-depth involvement in a broad spectrum of subjects in this area, covering all possible age groups.

Through his work as a consultant to Sleeppro, John has acquired an in-depth knowledge of snoring and sleep apnoea, and the many serious health problems with which they are so closely associated.

In addition, he has spent time developing projects for the British National Health Service, some major educational groups and authorities, and various voluntary organizations and manufacturers whose aim is to focus on family health, fitness and well-being.