Is your boyfriend threatened by your career

Let's imagine the following situation: a young and charismatic couple is having a romantic dinner in an expensive restaurant. They are having the best time ever, but soon the waiter brings them the bill. And then, a grimace of inconvenience and shame appears on the man's face, because it turns out that he is able to pay only his half of the bill. Then the woman smiles and makes him a gesture to put his wallet away, saying: "Don't worry about it! The dinner's on me! 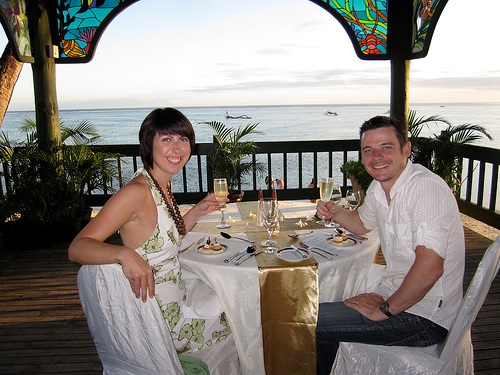 The things between them won't be the same ever again, because the woman has turned into a super-woman in just a few minutes. On the other hand, the man knows that super-women need superheroes, and not ordinary men, which is definitely a great threat for his ego.

The world has long been developed on a quite simple formula, which most people find appropriate. You wonder what we are talking about? It is quite simple, actually – if the woman in one family or relationship has an income, which equals "x", then the man gets a salary that equals "x+y". If we have to put this in other words, the opinion that the man should be the more financially stable member in a relationship, has been approved by society for so long that every exception of this "rule" is found abnormal.

However, in the last few years we can all observe the opposite phenomenon. Many women earn more money than their spouses, which totally begins to destroy the well-established order. So, what we are witnessing today is a new and very different generation of fully-emancipated women, who are able to say "The dinner's on me" and don't feel bad about that.

Salaries are usually associated with professionalism and career success. That is the reason why your boyfriend and husband may feel threatened in case you spend a lot of time on building your career and respectively, earn more money than him. When a man has a more successful career and makes more money than his girlfriend or spouse, this is found completely normal, but if it is the other way round, this undoubtedly becomes a problem, because the situation is different than the common perception.

So, what is the truth?

The truth is that no matter how hard they deny it, most gentlemen feel threatened and depressed by the fact that their partner has a more successful career and is paid a larger salary than themselves. Even if everything is going quite well at the beginning, such differences are proved to influence on the relationship later.

The problem is that men are used to dominating from time immemorial. And this also applies to the family budget. They want to feel themselves as the stronger and more supportive member in their family or relationship, which their partner will turn to in a moment of weakness. In addition, most men find it appropriate to be able to meet all their expenses, and the ones of their beloved ones.

Let's be honest about it – money means independence. And when the woman earns more money, her independence and emancipation are really able to ruin a man's ego. The thing most gentlemen find most terrible about such situations is the fact that usually professional success and pay raise goes along with increasing the requirements and expectations by the ladies. So, the concern that they are not able to satisfy their partners' dreams may be detrimental to both their psyche and sexuality.

As a matter of fact, there is nothing wrong with a situation, in which the woman in a certain relationship is more successful when it comes to career and income, as long as both partners are flexible and broad-minded in order to create such a relationship and feel well about it. After all, women are much more emancipated now and make much more things which were typical only for men in the past.

The truth is that prejudices and archaic beliefs do not allow the words "The dinner's on me" to look beautiful when spoken by a woman. However, isn't it wonderful that women are becoming more independent and free of conservative stereotypes nowadays?

Author Bio: Jessica Conars loves to write about relationships and dating. She works for http://www.perfectcleaning.org.uk/deep-cleaning-hendon-nw4 but in her free time she loves to write.