Stalking was not considered a serious common crime for many decades, largely because of restricted ability to communicate physically. 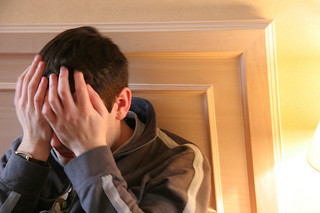 That is clearly not the case in contemporary society and legal circles because any individual who is active on the Internet leaves some type of presence footprint. This can be especially enhanced by social media and the capacity to view personal information and activity patterns of unbeknownst people.

This can be a scary thought for some, and a real pet peeve for others. Stalking usually includes a comprehensive plan by the individual to keep tabs on a particular person. Of course, the more serious cases often result in criminal activity by the stalker after a prolonged "stalking" regimen. So, what activity indicates an person may be stalking you?

1) Defining "Stalker" - Wikipedia defines a stalker as an individual who repeatedly and willfully follows, watches, or harasses another individual. On a minimum level, this could be practically anyone. This could also be the beginning of routinely tracking a particular individual well beyond an occasional notice.

This type of stalking is most popularized by the observers that many celebrities reportedly incur in their everyday lives. This practice can create fear in those being observed, especially when single women or children are involved. Many children of celebrities have as much problem with this behavior as adult celebs.

2) Obsessive Personality - This is usually the catalyst for a potential stalker in developing a multiple level tracking method. Regularly viewing the social media pages of a target helps in locating the individual at specific intervals, which can turn into an obsession very quickly.

Obsessive personalities are also akin to addictive characteristics suffered by chemically addicted individuals, especially when the stalking process yields no positive result or accepted contact. Some stalkers actually want to be noticed and do not understand their attention is essentially trespassing.

3)Action on Observation - Some stalkers will actually attempt to contact the object individual. Of course, rejection can trigger anti-social or illegal activity on the part of the obsessed against the observed.

Those attempting unwanted contact continually may already be in the process of more aggressive behavior instead of the stealth methods used previously. Sometimes the stalker gets brave enough to contact their subject, which can yield a receptive result from the potential victim.

4) Relationship Problems - Many individuals obsess over past relationships and their former partner. Moving on is not easy for some people. This happens more commonly than many people realize, and is usually a first trace for investigation when stalking turns to a criminal act.

When possible, if you suspect you are being followed anonymously, make an effort to acquire as much information as possible on the stalker. Information on their personal history can reveal some red flags.

5) Acquiring Phone Number - Social media pages also can reveal to the stalker that they have mutual friends, which can be bad in some instances. One, the stalker may try to learn your phone number from a trusted friend. Two, they may become very angry when they are rejected and the object party is becoming aware of the problem.

6) Repeated Unwanted Activity - Even if a potential stalker has not acted on following the target individual, they should be reported if they continue the same unwanted attention and behavior.

There is a point where stalking becomes a valid legal claim for harassment and invasion of privacy, as has been done by many celebrities who see a possibility for a damage award against a stalker or an over-aggressive paparazzi.

Anyone who suspects that are being stalked, and especially those who have been romantically involved with the stalker previously, should contact the local law enforcement with your concerns. Then consult with a civil claims attorney immediately afterwards. And, for those of you who are exhibiting this behavior, it is time to take serious inventory of your mental condition and the possible illegal aspects of your behavior pattern. You might be a stalker!

Jamica Bell is a freelance writer with experience with this topic. Though her experience resulted in nothing more than minor annoyance, she realizes how easily a mild obsession can become dangerous very quickly. During her research, she obtained very useful information from http://www.devorelawoffice.com/ which demonstrated just how severe a stalking charge can be and the impact it can have on objected individuals.