No one accepts or offers a marriage proposal with the thought that they'll one day end up in divorce court, but since statistics continuously show that half of all marriages end in divorce, it's obvious that even the best of intentions sometimes fall short. What many people are now doing, however, is simply getting legal separations rather than divorces. There are a variety of reasons to do this, and in the end, this alternative could prove beneficial to all parties involved. It's simply important, though, to recognize when this move can be positive. 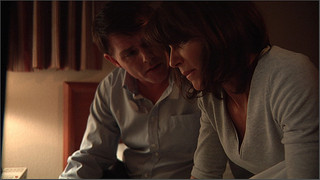 When a Separation is Right

There are a variety of good reasons that a couple should choose separation over divorce. To start with, the couple may just be going through a rough patch, and in many cases, some time apart can bring them closer together. Even when this isn't the case, however, many individuals still find great reasons to opt for separation. One of the most obvious is that one of the spouses is on the other one's health insurance. Divorcing will end this coverage and potentially even cause problems for any children on the plan.

Many military couples stay together for the aforementioned reason, but there are often numerous other benefits that come along with being a military spouse. Additionally, a couple who remains married for 10 years will receive special social security benefits, so sometimes "roughing it out" is a good idea for both. There are a variety of other reasons, including but not limited to tax purposes, that couples choose separation, but as long as there's at least one good reason, separation is a viable option.

When considering a separation or divorce, many people believe that there are a host of differences between the two. In reality, there aren't. In fact, other than the legal benefits that come along with remaining married, separation and divorce are almost exactly the same except for the "not being divorced" part. Legal separation agreements order child support, alimony payments, visitation and even custodial issues.

The important thing to remember when getting a legal separation is this: if it's later decided that a divorce is the best course, the separation agreement will usually stand. This is why it's so essential for an individual to seek out a legal professional even when getting a separation. Many courts will assume that, if a person was okay with a separation's court order, they should be okay with the divorce order. If an individual goes into a separation without an attorney and treating it as if it has no legal weight, they may find out the hard way that they're wrong.

When going through a legal separation, it's imperative that a couple lay down ground rules from the start. Is it just a trial to attempt to work on the relationship? Is it just a temporary fix until a divorce can be filed for? Is it expected that each individual will see other people? If a couple has differing thoughts on any of these pertinent questions, things can get much uglier if one spouse finds out the hard way.

It's also important for both parties involved to split the available money into two separate accounts. Once again, a separation is much like a divorce, so this step can prove financially essential. Finally, an individual should never be fearful of discussing the situation with loved ones. This is a trying time, and as stated numerous times, can be much like a divorce. Loved ones will understand the need to talk.

Going through rough patches, or even an end of emotions, in marriages can be disheartening for everyone involved. It should always be remembered, however, that these times don't necessarily mean that it's time for a divorce. In many instances, the lives of both individuals can become much more difficult after having a divorce, so often, legal separation proves to be a beneficial step. This, of course, will vary by relationship; but it should never be ruled out as a potentiality.

Lisa Coleman shares the difference between legal separations and the finality of divorce, and the difference an attorney can make during the process. Watch video here to view further details about how an experienced divorce attorney can help in the state of Nevada.